Brian has been involved in motorsports most of his whole life.  As a youngster, helping out with his father’s racing activities and a through a short karting career, he has always been around racing.

He began his own racing career in his early twenties and enjoyed many years of racing with his father Ivan and brother David. Ontario, Canada was the location of his early years of driving and after a winning a championship in Formula Ford, he ventured south to compete at an USA SCCA Nationals level. Winning national events in the Southeast and Northeast, SCCA came his jumping off point to F2000.

A Championship in his first full F2000 campaign led to his return to Formula Ford, as the economics of racing caught up to him. In the mid 2000’s a big change came about. Sitting out of racing for a season had opened up some opportunities with race prep and coaching. And that was the groundwork for what became one of Canada’s most successful Formula Ford (F1600) teams, too date.

Helping launch the careers of many of Canada’s top young racers became the passion that has now spanned over 17 years. With drivers who have gone on to IndyCar and the WeatherTech Series and everything in between, it has truly been a remarkable run of success.

To add to his own racing team Brian founded the Team Canada Scholarship in 2011 and continues to work with young drivers as they make their first ventures into international racing. In the meantime, Brian has returned to the driver’s seat in vintage racing and quickly found his way to the winner’s circle again at Watkins Glen aboard his Crossle Formula Ford. The same model car his racing career began in, way back in 1986. 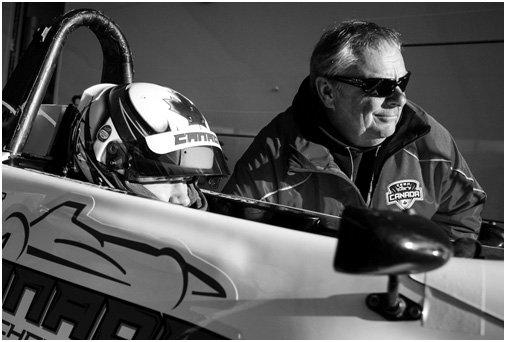